Ceramic electric radiators vs. storage heaters: which is best?

Before the proliferation of gas central heating systems, many properties relied on the money-saving technology of electric storage heaters. Used to either supplement a gas system or as a primary heating source, storage heaters took advantage of the cheaper nighttime Economy 7 or 10 electricity rate. Whilst they certainly had a place fifty years ago, have storage heaters stood the test of time? Modern ceramic electric radiators use a similar kind of technology, but with a wealth of energy-saving features and a much more sophisticated level of control, they outperform storage heaters in every way.

How do storage heaters work?

Storage heaters are generally rectangular aluminium units with a series of clay or ceramic bricks at their core. They’re called ‘storage’ heaters as they draw power during the night, when the electricity rate is cheaper, and store it inside their heat retentive blocks until the morning. The Economy 7 or 10 electricity tariffs’ off-peak hours are usually between 12am and 7am, so traditional storage heaters will heat up during these hours only. Some more modern models have a boost setting, meaning they can draw power any time throughout the day – however this uses the more expensive daytime electricity rate. 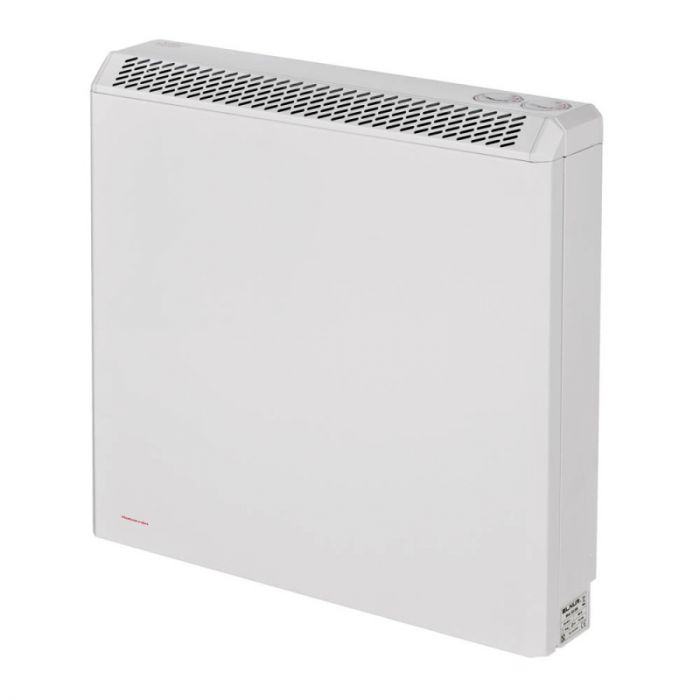 ●       Economy 7 or 10 electricity tariff: Storage heaters take advantage of the Economy 7 or 10 tariffs, so if used solely during nighttime hours, they may provide a saving.

●       Simple to install: Storage heaters do not require any extension of plumbing to be installed – they just need to be mounted to a wall and connected to a properties’ mains electricity.

Whilst there are some benefits to storage heaters, they come with a great deal of drawbacks, which generally come down to the fact they are a relatively outdated form of technology.

They’re not suited to modern lifestyles

Storage heaters are designed to slowly release heat throughout the day, with the highest temperatures being distributed in the early morning. As such, they tend to benefit those who stay indoors during the day and retire to bed early in the evening.

If your lifestyle requires you to spend the majority of your day away from home, storage heaters won’t be suitable. This is because they emit heat throughout the day when the property will most likely be empty, wasting warmth and energy that nobody would actually benefiting from.

Whilst the name economy may allude to some great savings, in reality it paints a rather limited picture. Most modern homes find they need a boost of heat in the evening, and at this time of the day, running a storage heater will cost much more. The 7 hours of off-peak, cheaper energy an Economy 7 or 10 tariff benefits from is a trade-off for a much higher premium during the other 17 hours – meaning users end up paying more than the average rate at these times.

A lack of control

Traditional storage heaters offer very minimal control when it comes to their distribution of heat. A lack of timers, thermostats, and detailed programming means heat is released at inconvenient times – in fact, storage heaters begin losing heat as soon as it’s stored, in the early morning hours.

What’s more, storage heaters need to be set in advance. The weather is notoriously unpredictable, so overestimating how much energy is needed on what ends up being a warm day can result in an overheated property, whereas underestimating can leave users out in the cold during a cold snap.

Storage heaters need to be on the larger side in order to heat a room adequately. The number of bricks required to store the necessary amount of heat results in a rather clunky and obtrusive unit – not just width-wise, but depth-wise, too. This can negatively impact the aesthetic appeal of a room and limit the amount of space on offer for furnishings. 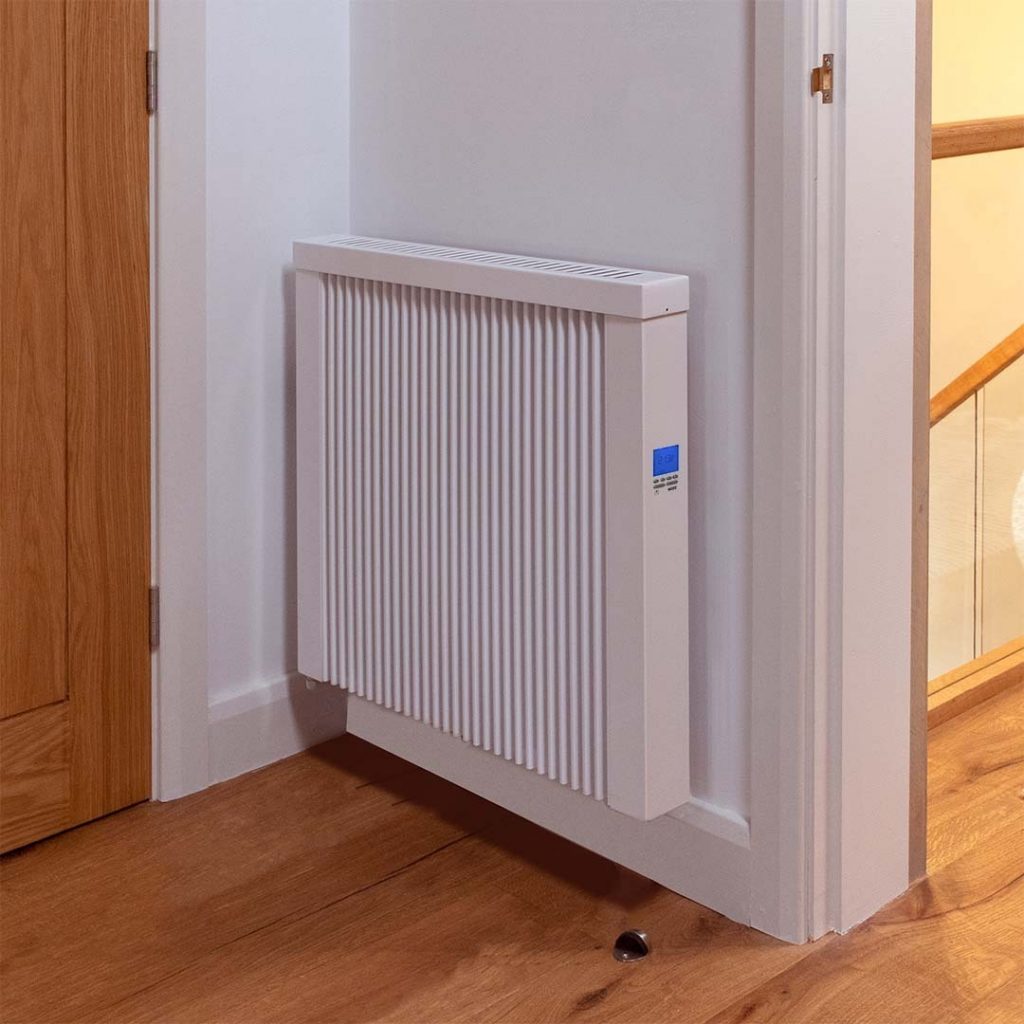 How do ceramic electric radiators work?

Ceramic electric radiators are similar, in that they also house a series of ceramic stones in order to retain heat and gradually release it over a certain timeframe. Usually wall-hung units connected to your properties’ main energy supply, they are designed to be switched on whenever heat is needed throughout the day. They do not run on Economy 7 or 10 tariffs, but are much more energy efficient in a variety of ways.

The advanced technology of ceramic electric radiators mean they take up less space than a typical storage heater. The two models we offer, the Ecostrad Ecowarme and the iQ Ceramic, come in depth-wise at 70mm and 80mm respectively – a much more slimline choice compared to the more prominent 180mm depths standard with storage heaters. With sleek, modern builds on offer, alongside eye-catching colourways, there’s no need to let your properties’ heating detract from its interior design.

The way ceramic electric radiators work – through a combination of convection and radiation – delivers a particularly robust type of heat. Storage heaters provide 100% of their warmth through convection, which works by warming up surrounding air and distributing it as the air in a room naturally rises and falls. Whilst this can be effective, ceramic electric radiators emit 50% of their warmth through convection and the other 50% through radiant warmth. Radiant warmth heats people and objects directly in a straight, targeted line. It is unaffected by airflow, so cannot be lost to draughts or cold spots like convection can. This combination of convection and radiation ensures a room’s ambient air temperature feels comfortable, whilst also ensuring users are thoroughly warm on a deeper, longer-lasting level.

Like storage heaters, ceramic electric radiators are easily installed. There’s no need to extend pipework like with a gas system – they simply need connecting to the main ring of electricity in a property. The Ecostrad iQ Ceramic is even able to be plugged in, for totally fuss-free installation, but if a more permanent fitting is preferred, hardwiring is a simple job for a professional. 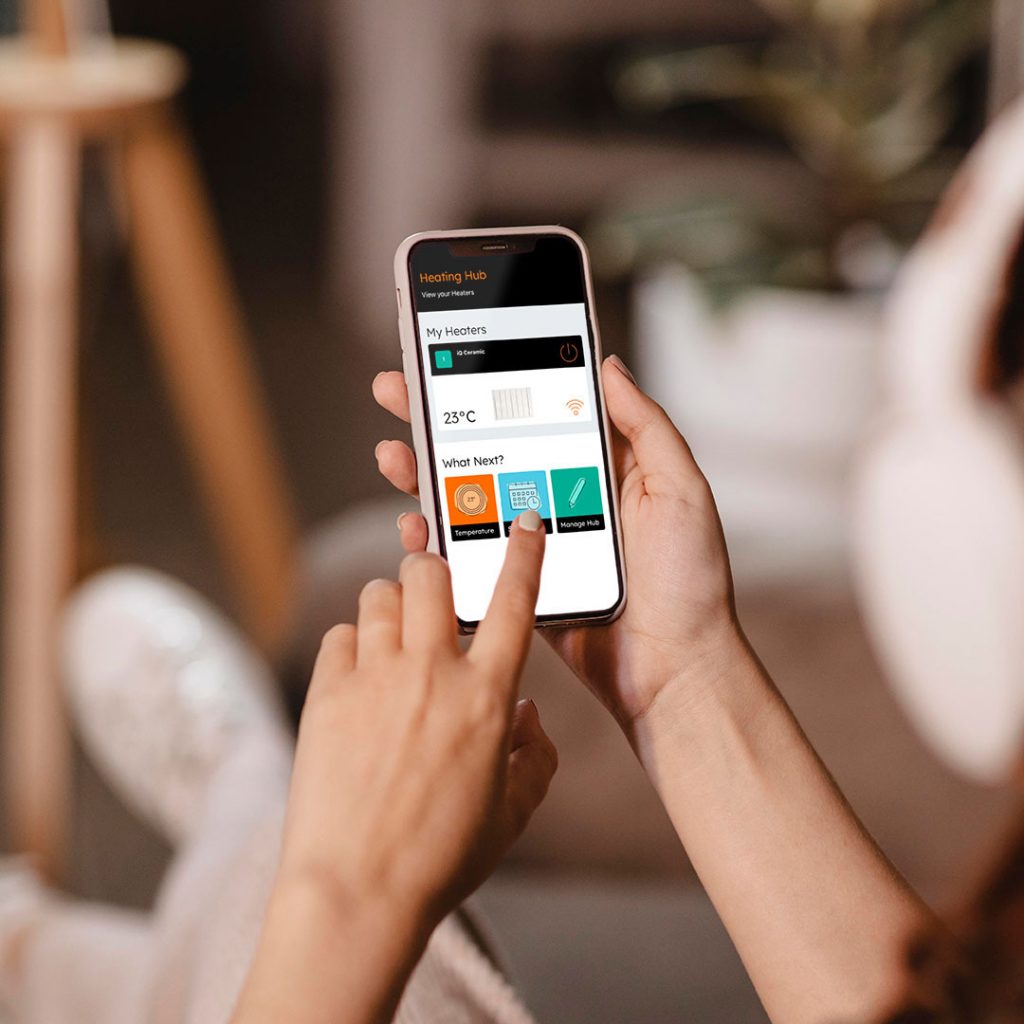 The main advantage of ceramic electric radiators is the much more detailed control methods they have on offer, which more accurately reflect modern-day heating needs. The different features available include:

●       Precision Thermostats: Essential in maintaining an even distribution of heat across extended periods of time, precision thermostats guarantee your heating never fluctuates from your temperature settings. Models like the Ecostrad iQ Ceramic come with a silent TRIAC precision thermostat accurate to ±0.5°C, ensuring that any set temperatures only deviate up or down from this level within that small boundary.

●       24/7 Scheduling: With storage heaters, it’s common for a property to be uncomfortably warm in the morning and notably chilly in the evening. With ceramic electric radiators, 24/7 scheduling provides a means of matching a heaters’ timings to a user’s specific needs, so warmth is delivered as and when it’s needed – keeping energy waste to a minimum.

●       WiFi Control: Many modern-day ceramic electric radiators come with WiFi control, which allows for heating management via an intuitive app on a smart device. Users can change settings, temperatures and programmes with ease.

Unlike storage heaters, ceramic radiators run on the standard electricity tariff assigned to a property. So, regardless of the time of day, a unit of power will cost the same.

Whilst this may sound like a negative, due to the energy-saving features in tow with ceramic electric radiators, all heat output is much more streamlined to match a specific users’ needs. In particular, precision thermostats work to maintain a consistent temperature, and if that temperature has been met, no more power will be drawn. So, the amount of time electricity is actually being drawn is likely to be much less than for a typical storage heater.

It’s clear to see that modern ceramic electric radiators offer a much more advanced type of control versus storage heaters. They also excel on aesthetics, doing away with the clunky and obtrusive style common with traditional storage heaters.

If the storage heaters in your property are due an upgrade, Ecostrad’s range of ceramic electric radiators are a seamless replacement. Providing a similar method of heating, they both take advantage of the tried-and-true heat retaining properties of ceramic stone, but ceramic electric radiators elevate their control functions to the present-day. To speak to a specialist customer advisor about your options, please contact us today via +44(0) 330 880 7005, or through our online form.

Contacting us is easy

We’re here to help. Our UK based team of advisors are always on hand to assist with any technical enquiries or general help you may need.